A new IMDB rating showed that the cast of the Netflix series Rise of Empires: Ottoman continues to attract the interest of foreign viewers. However, interest in the project declined, and faster than interest in another Turkish Netflix hit Hakan Muhafiz / The Protector last year. The Ottoman fell from 9th to 74th place among the most popular television shows (the Protector had a lighter fall a year ago: from 3rd to 9th place). Cem Yigit Uzümoglu is still the most sought-after Turkish actor in the base, but his position has dropped from 114 to 565.

A year ago, Ayça Ayşin Turan, who ranked 42 a week after the launch of The Protector series, lost very little, falling from the 42 to 58 position. Keep in mind that Ayça remains among the ten most wanted Turkish actors in the base so far.
Tuba Büyüküstün fell from 129 to 722 and Damla Sonmez from 187 to 1728. Recall that a year ago, Çağatay Ulusoy, two weeks after the Protector’s launch, was at position 507 and Hazar Ergüçlü at position 685.
Therefore, it is evident: the rise of the Ottoman Empire proved to be a very successful project, but it could not beat the record of the first Turkish Netflix series Hakan Muhafiz / The Protector.

This is expected to be just the beginning and sooner or later a project will appear that will win the hearts of foreign audiences. In addition, Beren Saat remains among the top ten most wanted Turkish actors of IMDB. His Atiye / The Gift series attracts the attention of foreign viewers. The ten best Turkish actors in IMDB this week are the following.} 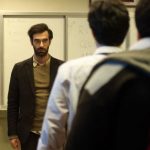