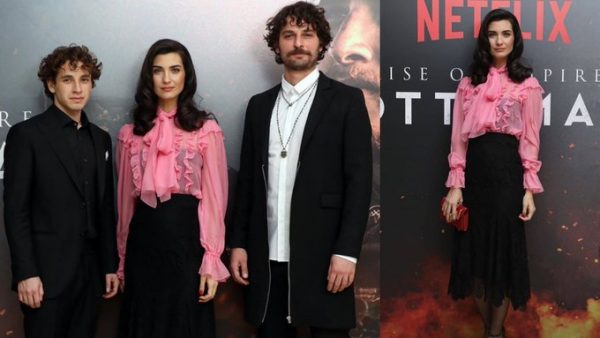 This Friday, Netflix will present to its viewers a new documentary series, Rise of Empires: Ottoman.
On Tuesday, January 21, the gala premiere of the project took place with the participation of its main actors. 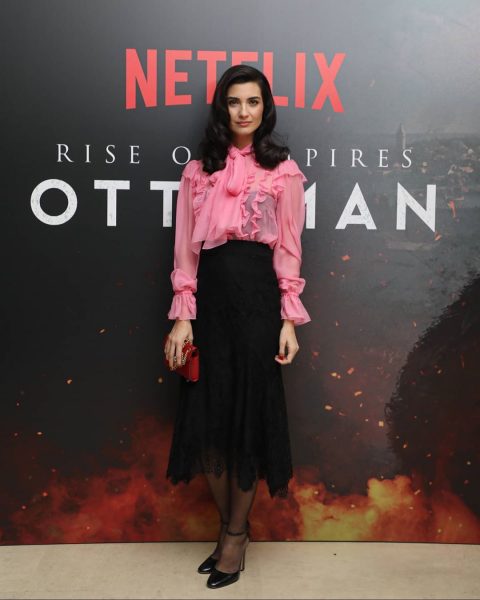 There were rumors during the premiere that it would be good to continue the line of docudramas, introducing other historical epochs in the history of the Ottoman Empire. It is not clear if this is a desire of the administration of Netflix or a dream of the creators of the series, however, we remember that the documentary about the Roman Empire already has three seasons. So, if the Ottoman is waiting for a warm welcome from an international audience, the show could well be renewed.

The star of the night was the interpreter of the stepmother role of the main character Mara Hatun Tuba Büyüküstün, who gave a brief interview to the journalists. As he admitted, there was little information about his heroine and for her the character was a revelation. Regarding the criticisms of the series, she replied that she was calm about such things, the criticism was and will be. They did a great job.

In a new interview, Tuba Büyüküstün talked a little about his character, Mara Hatun, whom he played in the television series Rise of Empires: Ottoman. There is not much information about this woman, Tuba herself did not know anything about her, so this character was also a discovery for her. Regarding the criticisms of the series, she replied that she was calm about such things, criticism was will be. They did a great job.

Tuba was also asked about the great dissatisfaction in social networks, which comes from the fact that the actors in the program speak English. Tuba explained this because of the need for production, since this project was not carried out by Netflix Turkey, but by Netflix USA, so the actors must speak English.

Posted on 13 February, 2020
It seems that Kerem Bürsin’s fault line is over. The actor starred in the new program, works on the film and can go to...
Leer más

📢🇹🇷 Rise of Empires: Ottoman could not get ahead of The Protector on IMDB

Posted on 17 February, 2020
A new IMDB rating showed that the cast of the Netflix series Rise of Empires: Ottoman continues to attract the interest of foreign viewers....
Leer más

Posted on 16 December, 201918 December, 2019
﻿ The new Babil series is a production by Ay Yapim that will be broadcast on digital platforms and will star Halit Ergenç and...
Leer más