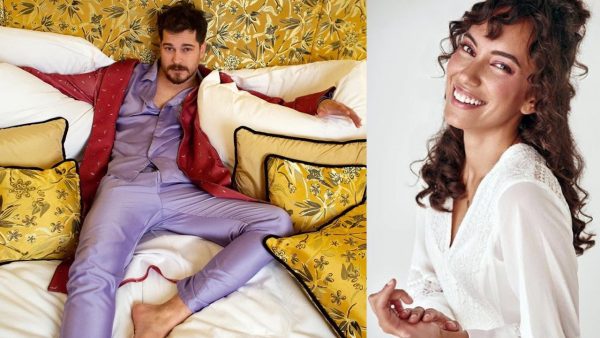 After months of silence, Çağatay Ulusoy finally opened the veil of secrecy about his future plans and shared some details of his personal life. What did the actor say in a new interview?

On February 10, Çağatay Ulusoy ends his military service and returns to civilian life. According to the Turkish media, the actor will relax a little with his girlfriend Duygu Sarışın and then return to work.

In March, we expect the premiere of the third season of the Netflix series Hakan Muhafiz / The Protector, whose promotional campaign has already begun. And the first step of this promotion was the publication of an interview with Çağatay, which gave the Turkish version of Hello magazine. Note that the photo shoot took place in London, where the actor went with his manager and stylist in October of last year. However, the interview came out just now, after having officially opened the advertising company of The Protector.

Posted on 2 January, 2020
The abrupt cancellation of Turkish television programs is a true scourge of the Turkish entertainment industry. However, this time the management of the D-channel...
Leer más
News
Posted on 16 December, 2019
KARAN OZCIVIT, SON OF BURAK OZCIVIT <3 FULFILLING 8 MONTHS, PUBLIC PRESENTATION IN SOCIAL NETWORKS, POSTED BY HIS MOTHER
Leer más

Posted on 2 January, 2020
The Gecce.com Magazine is making a contest entitled “Who will be the Actor who stands out this year 2020” VOTE HERE 👉👉 https://www.gecce.com/anket/sizce-2020ye-erkek-oyunculardan-kim-damga-vurur
Leer más