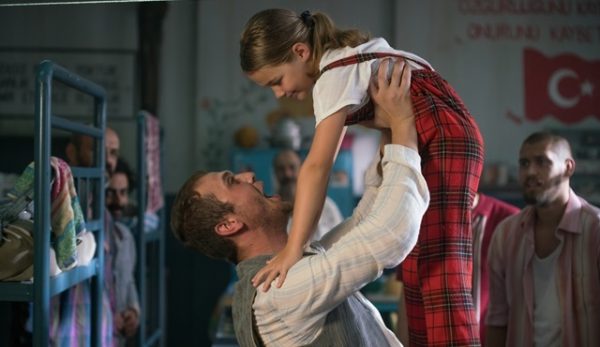 International distributor Inter Medya will sell the film Miracle in Cell 7/7. Koğuştaki Mucize, starring Aras Bulut İynemli. After the success of the movie on Netflix, he became interested in many countries.

As the company’s general manager, Can Okan, he states that they are currently negotiating with several international distributors at the same time.

Remember that the film was already released abroad at the time of its release in Turkey, but then no emotion happened. Everything changed after the success of the movie on Netflix. This shows once again the importance of public relations, even a good product must be able to “sell”.

Posted on 5 December, 20195 December, 2019
As it was learned, Tolga Sarıtaş participated in the jury of the International Emmy Awards in the category “Best Foreign Actress”. The Turkish actor...
Leer más

Posted on 5 December, 20195 December, 2019
The film tells the story of a group of summer friends who met for years after Nezihe’s disease, where they grew up. A dramatic...
Leer más

Posted on 5 December, 2019
The furor series throughout America comes to the Turkish TV screens. It will be called Hekimoglu / Dr. House will air on Tuesdays. The...
Leer más

Posted on 5 December, 2019
The Azize series changed the day of transmission. From now on, it will air on Saturdays.
Leer más