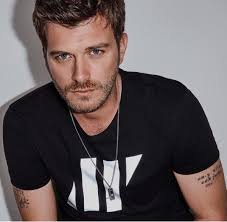 Finally, Kıvanç Tatlıtuğ fans received good news.
His favorite star returns to the series, which will film one of the digital platforms. And that is what the actor reported in person!

In recent months, there have been persistent rumors on social networks that Kıvanç Tatlıtuğ will work with Netflix and that is why he could not accept the offer to star in Mustafa Kemal Ataturk’s role in the “Independence or Death” series. And the rumors seem to have been corroborated by a key stakeholder.

On the eve, Kıvanç in the company of his friend Çağatay Ulusoy was seen in one of the clubs in Istanbul. The male company celebrated the victory of the Galatasaray football club, after which the actor gave a brief interview to the Turkish press. Kıvanç said he returned from a short vacation in Çanakkale, which he spent with his wife. The couple celebrated the 4 years of marriage.

Posted on 16 December, 2019
Serenay Sarikaya fans are looking forward to the return of their beloved actress on the screens. However, the star has other plans. What does...
Leer más

Posted on 13 January, 2020
Sila and Hazer Amani will sit today at the wedding table in the city of Sila. Subsequently, a wedding will be held at a...
Leer más

Posted on 27 February, 202027 February, 2020
The director of the Hercai series, Cem Karcı leaves the project. According to the official version, he is very tired and wants to rest,...
Leer más

Posted on 2 February, 2020
The sensationalist newspaper Posta reports that Serenay Sarikaya and Kerem Bursin still have relationships, since they are the owners of two dogs that alternately...
Leer más