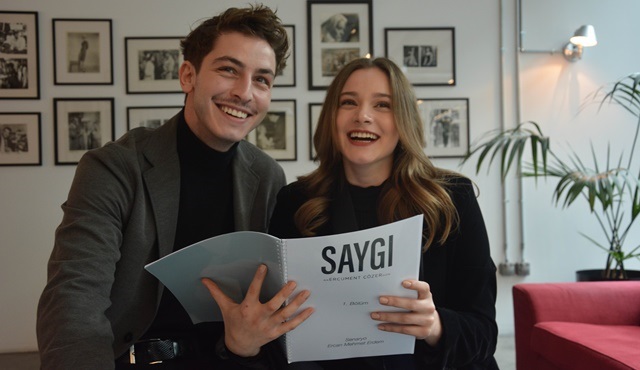 BluTV and Inter Medya began preparations to realize the history of the memorable phenomenon in the history of the Turkish television series.
The recently announced project brings together two players whose fame goes beyond the country’s borders and gives life to the most popular couple in recent years. Miray Daner and Boran Kuzum will share the main roles with Nejat İşler in the series ‘Respect’.

BLUTV and Inter Media in 2020, anti Ercüment hero of Turkey fenomenleş resolution of the unknown story is preparing to meet the audience. Recently announced that it would be called “Respect”

📢🇹🇷 Burak Özçivit told about the series The Ottoman

Posted on 13 February, 2020
The Turkish press reports that Can Yaman, who in recent months lived high life, conducted an active public relations campaign of himself abroad and,...
Leer más

Posted on 4 December, 2019
As we have been reporting, SEFIRIN KIZI / THE AMBASSADOR’S DAUGHTER is about to begin, with Engin Ayurek and Neslihan Atagul. This premiere will...
Leer más

📢🇹🇷 What do you think is the best series on the screens?

Posted on 13 January, 2020
A new survey opens on the Gecce portal, and you can now vote for your Favorite series !! VOTE HERE I: https://www.gecce.com/anket/tvde-yeni-donem-basliyor-sizce-ekranlardaki-en-iyi-dizi-hangisi
Leer más