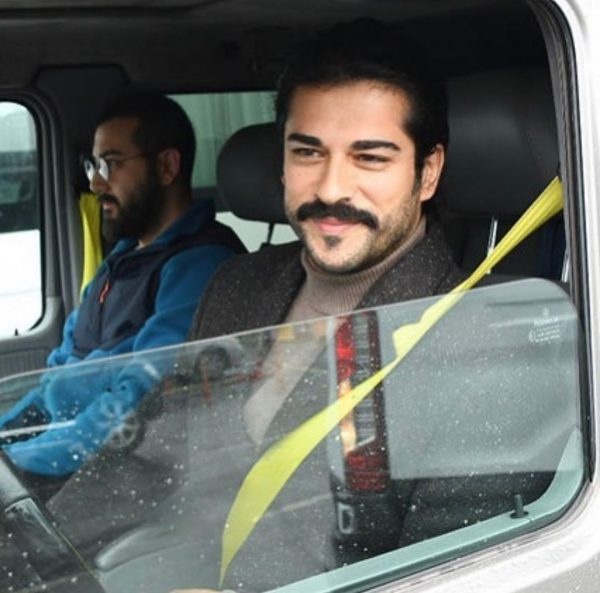 Burak Özçivit was spotted yesterday in the Maslak district. After working in a dubbing studio, the actor could not resist the temptation to eat pilaf right on the street. Burak answered shortly to journalists’ questions, referring to the fact that he is now a little sick and lost his voice. He smiled at the question of his wife’s congratulations on his birthday and politely thanked the journalists when they started asking about the promotional offers for his son Karan, that came in large numbers.
But he admitted that the work on the series The Ottoman is doing very well, he is pleased with the result.

Micro News
Posted on 16 December, 2019
The series My Sweet Lie / Benim Tatlı Yalanım reaches the end, being a series of only 28 chapters,
Leer más

📢🇹🇷 Murat Dalkılıç and Hande Erçel in the nights of Istanbul

Posted on 27 January, 202027 January, 2020
Murat Dalkılıç and Hande Erçel continue touring the nights of Istanbul. Almost every night, lovers of a place were reflected in objects, this time...
Leer más