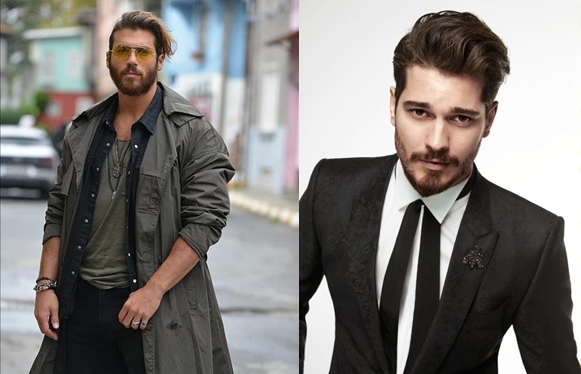 In the wake of the Can Yaman’s scandal his fans had hope that Turkish viewers would quickly forget his unsuccessful statements and that he could return to the set. However, a new scandal could put an end to the career of the star of the TV series The Daydreamer / Erkençi Kus. What happened this time?

Can Yaman remains in the spotlight of the Turkish media, provoking more and more scandals. Turkish spectators were especially shocked that the actor attacked his colleagues. Recall that the first unsuccessful statements of Mr. Yaman, who compared himself with Kıvanç Tatlıtuğ, and then told the press that Kıvanç was not popular in Europe, were perceived by the Turks very badly. Can had to make excuses, assuring the audience that he really loves “brother Kıvanç” and that he was simply misunderstood. 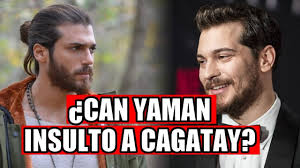 However, this time it will become the worst scandal ever because Can Yaman insulted Çağatay Ulusoy who is the favorite actor of the younger generation. According to the journalist of the respected publication Hürriyet Onur Baştürk, the opening of the exhibition of the artist Ahmet Güneştekin was held the day before. Who became the center of attention? Of course, Can Yaman! Guests present at the event (almost the entire Turkish elite) shared some information about the actor with the journalist.

They told Onur that Can recently boasted very much about his fans in Italy and Spain, showing off his Instagram. When someone noticed that he really liked Çağatay, he was a wonderful actor, Can replied: “I’ll go to the bathroom now and vomit.” After which he continued to talk about the fact that he didn’t come to show business from some model competitions, which made the guests awkward (as you know, besides Çağatay Ulusoy, Kenan İmirzalıoğlu, Burak Özçivit, Kıvanç Tatlıtuğ, and many other famous actors came from model competitions too).

The reaction of the manager of Çağatay Ulusoy Engin Aykanat was not long in coming. He quoted the famous poet Mevlana on the social networks: “The polite will keep silent out of politeness, and the ignorant will think that he silenced him.” Thus, Mr. Aykanat made it clear that his client did not intend to somehow comment on the current situation and would not interfere in the relations of Can Yaman and the press.

And the press was ruthless to Can. Recall that Çağatay Ulusoy is one of the most popular and beloved actors not only in Turkey, but also abroad, therefore, journalists were very surprised at such rudeness. As one of the journalists noted: “this guy is doing everything possible to be lynched.” Turkish (and not only Turkish) social networks are outraged by such coarseness and were not afraid of abusing Mr. Yaman. Fans of Can Yaman hope that the information of Onur Baştürk is untrue, and the actor did not say that. However, it must be noted that the publication Hürriyet is quite respected in Turkey, and although Onur Baştürk loves to “provoke a hype,” has never been noticed in outright lies. Therefore, the Turks treat him with confidence.

Alas, the situation for Can Yaman is getting worse. It is unlikely that the producers will decide to invite him to the next shows, fearing a negative reaction from fans of Kıvanç and Çağatay, who are much more popular in Turkey and abroad and have a large fan base even if the actors themselves did not pay much attention to the statements of Mr. Yaman. Moreover, no one is sure that tomorrow he will not mention Burak Özçivit or worse, Kenan İmirzalıoğlu. Who will decide to invest millions in such an unreliable person? It seems that the career of Can Yaman is dead.

Posted on 22 January, 2020
Uraz Kaygılaroğlu, who gives life to the character of Gediz in the TV series Phenomenon of TV Star Sefirin Kizi “The Daughter of the...
Leer más
News
Posted on 16 December, 2019
KARAN OZCIVIT, SON OF BURAK OZCIVIT <3 FULFILLING 8 MONTHS, PUBLIC PRESENTATION IN SOCIAL NETWORKS, POSTED BY HIS MOTHER
Leer más

Posted on 20 January, 202020 January, 2020
The new project of the protagonist of Do not let go of my hand, a series that Divinity broadcasts and that finished its recordings...
Leer más