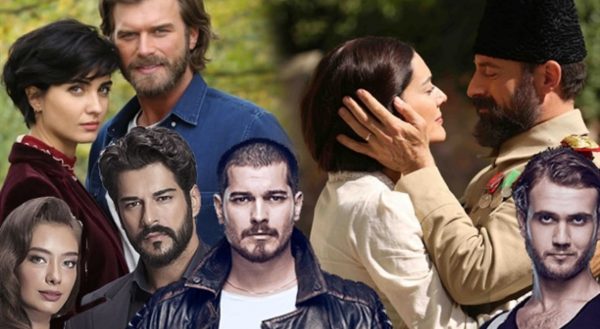 The well-known journalist Sina Kologlu published an article in which she warns that the dominance of Turkish television programs in some markets will soon come to an end. Arab countries prohibit the Turkish series and switch to their own production. As an example, he cites a ban on Turkish television programs from MBC, the largest radio station in the Middle East. In addition, in Egypt, with the help of MBC and Netflix, a great project “Kingdom of Fire” / Mamalic al Dar is being prepared, which will tell about the last days of the Ottoman rule and the Arab rebellion against the oppression of the Ottomans. The first episode will be released on December 17. Turkish producers admit that they have already lost the Arab market, they cannot sell 50 hours of mass production.

So far, Turkish television shows are doing well in Latin America. However, there is a danger. Local producers are waking up, Latin American soap operas are becoming popular again. Even in Chile, which was a very important market for Turkish producers, the problems began, the latest shows have not been sold. Azerbaijan (Former Soviet Republic) prohibits Turkish products, relying on its own production. Uzbeks (Ethnicity) are more loyal, but they don’t have much money. Kyrgyzstan (Central Asia) is gradually abandoning Turkish television programs. The journalist urges producers to see the danger and take action at this time, before it is too late.

Posted on 16 December, 201918 December, 2019
﻿ The new Babil series is a production by Ay Yapim that will be broadcast on digital platforms and will star Halit Ergenç and...
Leer más

📢🇹🇷 What do you think is the best series on the screens?

Posted on 13 January, 2020
A new survey opens on the Gecce portal, and you can now vote for your Favorite series !! VOTE HERE I: https://www.gecce.com/anket/tvde-yeni-donem-basliyor-sizce-ekranlardaki-en-iyi-dizi-hangisi
Leer más

Posted on 11 August, 202011 August, 2020
The couple Serkan Çayoğlu and Özge Gürel, who acted together in the television series Kiraz Mevsimi “Amar en Primavera” and then became a couple,...
Leer más